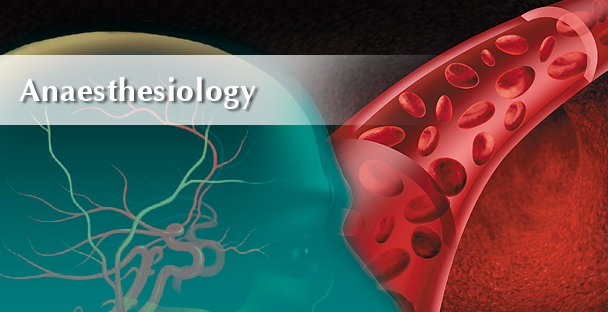 TCD in Anaesthesiology for ICU and surgery

Preservation and monitoring of sufficient brain perfusion is an essential part of anaesthesiology and intensive care medicine. Transcranial Doppler Sonography is a non-invasive method, which provides real-time information about the cerebral haemodynamical situation.

In anaesthesiology, TCD can not only be used to detect high risk patients preoperatively but also to determine cerebral blood flow (velocity) intraoperative, which, in turn, allows early detection of cerebral hypoperfusion for early and optimal adjustment of narcosis.
At intensive care units and in anaesthesiology, medical doctors can take advantage of these examinations for monitoring of patients suffering from traumatic brain injury or patients at risk of vasospasm development. Some authors conclude that this advantage becomes especially important due to combination of TCD with other neuromonitoring tools.

Newer literature allows an interesting look ahead: it might become possible to assess intracranial pressure by TCD measurements, which could be especially interesting in the setting of intensive care units and emergency rooms. Currently, these studies are still ongoing and conclusive results are pending.

The human brain, which is most susceptible to hypoxemia, is dependent on a continuous blood flow supply. There are various regulatory mechanisms (e.g. blood pressure adapted autoregulation, metabolic vaso-motor reactivity or neuro-vascular coupling) to ensure independence from systemic hypo- as well as hypertension by keeping cerebral blood flow (CBF) steadily within a wide range of systemic blood pressure variations (mean arterial pressure between 60-150 mmHg). (N. Thölen, 2009)

Failure of these regulatory mechanisms can be caused e.g. by stenosis of the common carotid artery and thereby increase the risk for ischemic strokes in anaesthesiology.

The term of “cerebral regulatory mechanisms” includes different human body abilities. All have the common aim to keep the CBF steadily independent from variant factors like pH-value or blood pressure variations. This ensures an energy supply with important substrates like glucose and oxygen. In a sense, the term of “cerebral autoregulation” (cAR) means the blood pressure adapted autoregulation. [Ringelstein et al. 1988].

cAR relies on the “Bayliss Effect”, which can be seen not only in brain tissue but also in peripheral tissues, like muscles. Bayliss effect means the reaction of vascular musculature, in particular capillary arteries (majorly account for peripheral resistance), on variations of blood pressure (BP). In case of increasing BP capillary smooth muscles contract whereas decreasing BP causes relaxation. Based on the principle of Hagen-Poiseulle, the radius of vascular lumen is responsible for the majority of peripheral resistance and thereby also for CBF, it is therefor possible to keep CBF independently steady from systemic blood pressure variation.

Not before mean BP transcends the range of about 60-150 mmHg, the vascular lumen follows blood pressure in a passive manner, which causes in case of increased BP a clinical relevant vascular dilatation [Immink et al. 2004]. Thus, a resulting hyperperfusion can possibly damage the blood-brain barrier towards cerebral oedema [Paulson 2002].
It has been shown that following traumatic brain injury such a pressure-passive vasodilatation can occur even within the physiological range of autoregulation. This damage can extend to complete vascular paralysis, which results in massive hyperperfusion [Vajramani et al. 1999].
A working autoregulation is clinically relevant in case of ischemic strokes, intracerebral bleeding, traumatic brain injury as well as occlusions or significant stenosis of the internal carotid artery.

One of various methods to assess the cAR in anaeathesiology is determination the cross-correlation coefficient Mx using TCD measurements. Alternatively determination would be possible using PET (positron emission tomography). Since TCD operates without irradiation, this method is preferred in clinical routine. Mx means the correlation between mean cerebral blood flow velocity (CBFV) and intracerebral perfusion pressure (CPP). So far, CPP could only been determined using invasive pressure probes. It has been shown that the use of arterial derived BP values is alternatively possible [Piechnik et al. 1999; Lavinio et al. 2007]. Using plethysmography (e.g. CNAP) it is possible to derive continuous noninvasive blood pressure values.
Mx values can vary in a range of -1 and 1. A correlation of 1 or -1 implies a disordered autoregulation whereas a correlation of 0 implies working autoregulation [Reinhard et al. 2003]. Literature references a threshold of >0,3 for relevant disorders of autoregulation [Lang et.al. 2008; Soehle et al. 2004].
A study of Reinhard et al. (2003) showed that Mx correlated positively with a phase difference, which also allows assessment of cAR using TCD (N. Thoele, 2009).

Effects of poor bone window on the assessment of cerebral autoregulation with transcranial Doppler sonography – a source of systematic bias and strategies to avoid it. Lorenz et al., 2009.